Do you ever miss Game of Thrones, with all its political machinations and incest? Well, stop inflicting the latest seasons on yourself, and read about the Italian Renaissance instead!

It has similar tropes involving murder and sex that you love so much, but significantly fewer dragons ex machina.

Set between the 14th and 15th century, Renaissance Italy was divided into states led by powerful houses, like the Aragon in Naples, the Pope in Rome, the Medici in Florence, the Borgia in Milan, and stench of rotten fish in Venice. 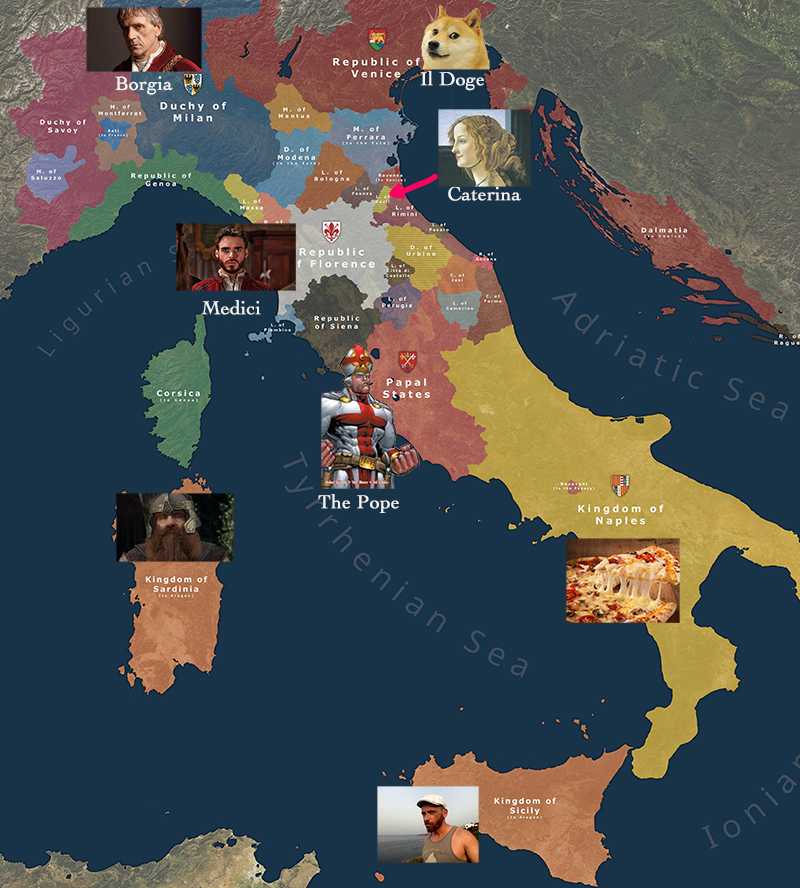 The period was choke-full with incredible characters, like Lorenzo de Medici - also called The Magnificent, probably by himself - the polymath Leonardo da Vinci, the scheming Niccolò Machiavelli, the Shakespearean Lucrezia Borgia.

With time, we'll get to talk about all of them. Now, I'd like to focus on my favorite one by far, Caterina Sforza. 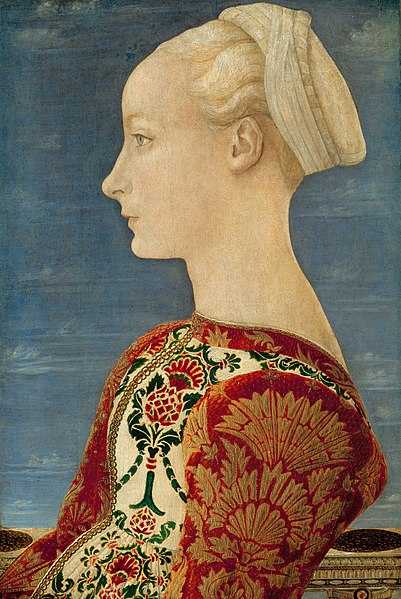 Being from Milan, I'm guessing that Caterina's bastard last name was Fog. Though, unlike Ned Stark, Galeazzo ended up taking Caterina as his own daughter, raising her a Sforza.

The Sforza family had humble beginnings as warriors for hire, but were promoted to nobility thanks to their amazing achievements on the battlefield. The forefather of House Sforza was Muzio Attendolo, a character so cool that deserves his own entry.

Caterina was a mix of the two Stark sisters: silent and cunning when circumstances allowed for it, and absolute freaking badass when push came to shove. 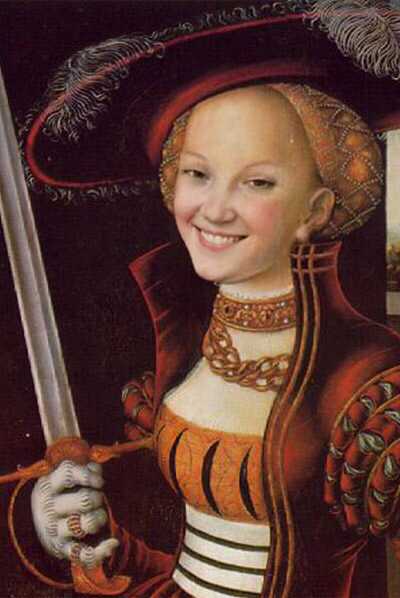 With that smile, Caterina can behead me anytime!

Her father let her free to pursue her interests even if not necessarily ladylike, such as alchemy, fencing, and hunting. On a more negative note, he also assigned her a much older husband when she was only 13, which was super cringe even at the time, and had to be done on the hush-hush.

Said husband was Girolamo Riario. He wasn't particularly smart or deserving, but his uncle was the Motherfucking Pope Sisto IV, so he had that going for him.

By the way, the Sistine Chapel? It's got that name because Sisto IV paid for it. Well, he didn't actually pay it himself. Jesus did. 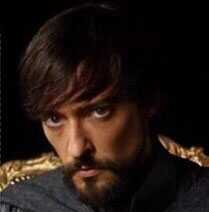 Uncle Sisto gifted the lordship of Forlì to the newlyweds. The couple didn't immediately settle in, as they were spending their days in Rome, with Caterina making herself loved by the aristocracy, and Girolamo plotting against Lorenzo the Magnificent, because the Pope totally hated the guy and thought that he wasn't so magnificent after all.

The Pope assigned his nephew a simple job: "Hey Girolamo, would you kindly murder the brothers Lorenzo and Giuliano de Medici for me, or is that too much a bother?"

Girolamo came up with a plot that involved the help of the Pazzi family in Florence, who also weren't crazy about the Medici. You see, this is funny because Pazzi means crazy.

It's important to remember that Girolamo was an idiot, not to be trusted with anything.

His intention was to poison the brothers at a banquet. Now, poisoning two people? Not exactly easy! They kinda need to bite the food at the same time, or they will realize what's going on, and you only get to kill one.

The plan was then changed into an assault during mass at Santa Maria del Fiore, with a trusted hire going all stabby-stabby on the Medici siblings. 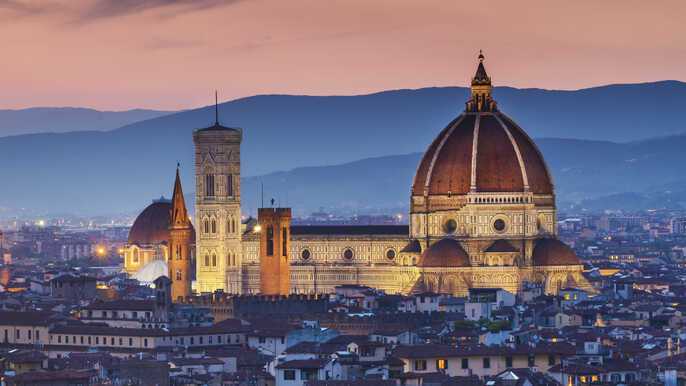 The low key cathedral where the murders were supposed to take place.

But Montesecco, the person who was supposed to execute order 66, was like I can't do it inside a church. Are you kidding? I have morals!

So, two unvetted killers were found last minute, as if this was a movie from the Coen Brothers.

The two nihilists waited for everybody in the church to get on their knees, as was customary at the time, and unleashed their high dps attacks. But instead of splitting the targets, both morons charged on Giuliano, who didn't stand a chance. Though this gave Lorenzo the opportunity to spider-man away.

Needless to say, Lorenzo wasn't too thrilled about the whole ordeal, which will be known to posterity as The Pazzi Conspiracy. He promised a swift investigation.

Despite not taking part in the murder, Montesecco was arrested because, when anything fishy happened in Florence, you could rest assured that Montesecco had a role in it. Everyone knew it.

This is how it was discovered that Caterina's husband was the - air quotes - mind behind it all. 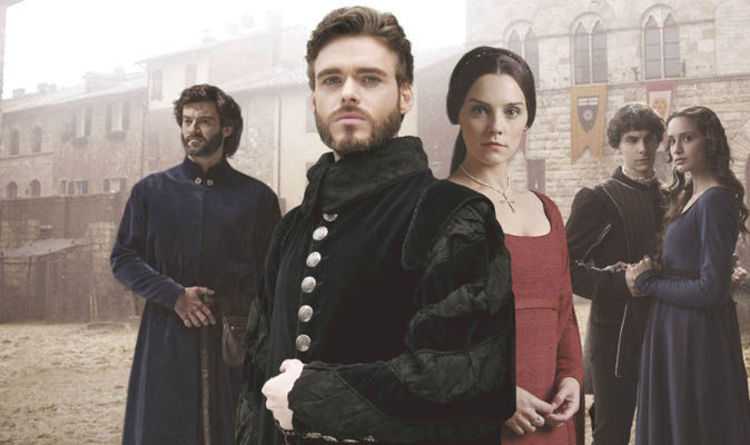 Instead of their portraits, I'm posting a photo of the tv show Medici: Masters of Florence because, to be honest, the Medici siblings weren't too good looking.

Of course, Girolamo didn't love being found out, but he wasn't too concerned either.

Then, the Pope died.

The taking of Castel Sant'Angelo

The death of Sisto IV posed a problem for Girolamo Riario because, you see, he had this natural talent of making everybody hate him. So there were a great many people waiting for the right moment to get rid of him, like in a definitive manner. I'm not even sure that Lorenzo de' Medici was the angriest at the guy!

You could say that there was a certain pressure on the clergy to poop out a new Pope asap.

Given the chaos, the moment was ripe for Girolamo to be brutally murdered several times. With her husband panicking under a bed, Caterina realized she had to step up and take her life in her hands.

"Well, I guess I'm going to have to fix your shit," she must have said.

She was 21 years old and seven months pregnant.

Caterina rode her horse to Castel Sant'Angelo, the bastion that overlooked the city, and convinced the guards to let her in.

"Oh, you wouldn't leave a pregnant woman out in the cold 🥺"

Once inside, she occupied the fortress, which gave her access to heavy and wisely positioned cannons. 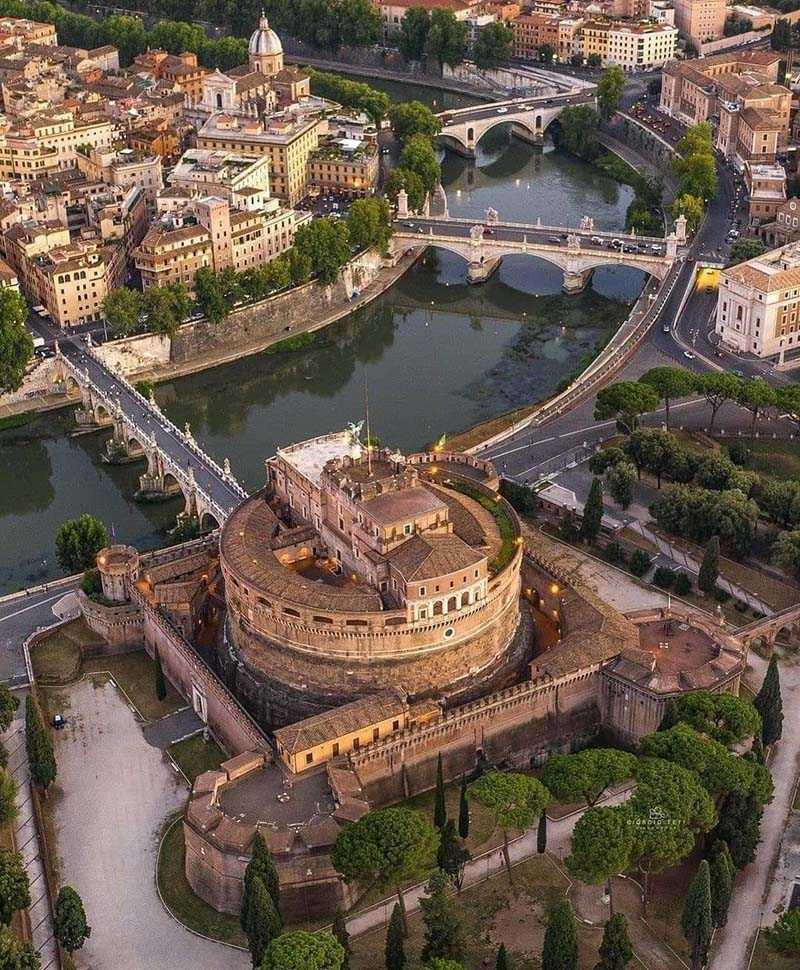 Castel Sant'Angelo looks like it can contain some serious loot, but also an annoying boss.

Her message was simple: "We need safe passage out of Rome. Until this is done, if you dare cross the bridge to go elect a new Pope, I'm going to blow you assholes up to the moon. And let me remind you that we know so little about the moon, but it does seem inhospitable!"

There was some nervous back and forth outside the castle. The cardinals were begging Caterina to let go, and Caterina from the walls was sharing big nope vibes.

Finally, it was agreed that she and her husband would not only receive safe passage, but they would also retain the lordship of Forlì.

Caterina doubled down: "Ok, but I also want money, soldi, dinero, pengarna." She was enjoying herself.

The cardinals couldn't take an L this big, so they approached her husband. Girolamo agreed that what Caterina was asking was wrong. But what can you do? Bitches be crazy.

Finally, the cardinals blinked and added a payment for 8000 ducats to the contract. Caterina accepted and left the castle. The Riarios reached Forlì safe and sound and learned that a new Pope had been elected: Innocent VIII.

The new Pope was a generous and kind man, which was rather novel for a Pope. All in all, he only hated one person, and this person was Girolamo Riario, to the surprise of no one.

Now, quick, go to Part 2 of Caterina's story. Will she and her husband enjoy their reign in Forlì and be happy ever after?